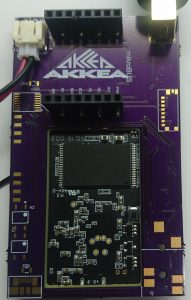 So I finally have a design of the TNC I’ve been working on that I think is ready for release. Initially this started with me wanting a replacement for my mobilinkd and AP510. With feature creep it has turned into much more.

The current board has a VHF radio module, a CHIP Pro computer module running Linux ( NTC calls it gadget OS ) and a Mikrobus slot. I’m currently using the Mikrobus for a GPS module but there are lots of variants.

I’ve decided to open source all of the design including the hardware and software. 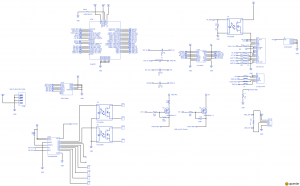 You can view the schematic and layout at upverter.

There are a few different software repositories

The CHIP Pro gadget OS is on github.

There is a repository that contains the gadget OS configuration files and install scripts for the webserver environment on gitlab.

Getting and Building the Design

The PCBs can be ordered from OSH Park

Here is the assembly drawing 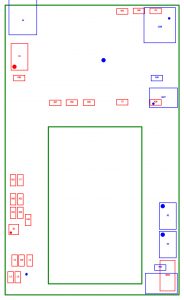 The full BOM is available from upverter but for the currently working features there is a much smaller subset.

Here is a digikey version of the BOM.The total BOM cost including the PCB but excluding the antenna is around $60.

Some of the parts are small ( 0805 ) so you will need soldering gear that can do finer parts. All of the fine parts get mounted on the top side of the board near the RF module. The connectors all go on the back of the board. 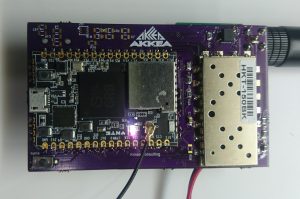 The software needs some polishing so if anyone wants to contribute patches please do.

It also needs a case designed for it so I’ll likely start doing that in openscad soon.

Since I’ve started this design NTC has become less and less responsive so I don’t know is there’s any future in the CHIP or CHIP Pro boards. I hope there is but I’ve been waiting for a year fro the CHIP pro’s I ordered and it’s been more than 4 months since I received any email from them. If anyone else has actually got an email from them I’d be interested in hearing about it.

Thanks goes out to Herb Peyerl andRob Riggs for design assistance and motivation during the project.

BTW there is also an original NTC CHIP design.